Tales of the Lone Arranger 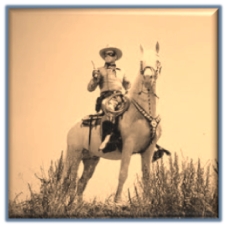 Welcome to “Tales of the Lone Arranger.”

Tales of the Lone Arranger is be about troubled and troubling children I knew and counseled over the past 35 years, from a temperament point of view.  You may recall, I use the terms Stars (Artisans), Squares (Guardians), Spheres (Idealists), and Cubes (Rationals) to describe the four Keirseyan temperaments of children. 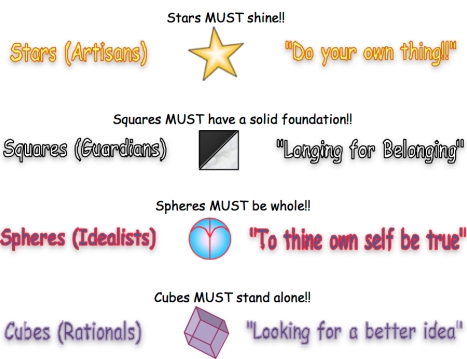 There are two reasons I chose the name “Tales of the Lone Arranger.”

The first and most important is David West Keirsey.  I learned in my continuing talks with Dr. Keirsey that, in temperament terms, I’m an “arranger.”  He continues to fine-tune his theory, tinkering with his words every day, precision and simplicity his goal.

Thirty years ago, when I first learned about temperaments, I was an “INTJ Skeptic.” Sometime later I was dubbed an “INTJ/Mastermind.”  Dr. Keirsey has abandoned the letters and metaphors, replacing them with exact words that describe what a person does.  In his own inimitable way, he’s settled on “arranger” for my type.  Not surprisingly, the term fits like a glove.  Arranging – and rearranging – is what I’ve been doing over my lifetime.  Nothing more.

The second reason?  My favorite Saturday morning television cowboy show in the early ‘50’s – and there were lots of them – was The Lone Ranger.  He often worked in disguise, he looked out for the good guy, he never killed the bad guy, and he always left town with as little fanfare as possible.  (I also fell in love with the William Tell Overture – as a seven year old!)

This first tale – Goth Girl – is about a 14 year old Sphere (Idealist) who was heavily medicated.  Like all Spheres, it’s about their feelings – or absence of them.  The story has a good ending – at least from the last contact I had with her mother a few years ago.  And, like so many cowboy films I saw in the early fifties (when 50 cents got you admission to the theater, a box of popcorn, and a coke!), these tales will be serialized.  Goth Girl is a four part tale.

There will be more temperament tales to follow.  What we call “normal” childhood behaviors follow observable temperament patterns to trained eyes, so too are the patterns of troubled and troublesome children.  Children “act-out” their shame in ways consistent with their temperament, and therein lies clues for adults who want to intervene.

Comments on: "Tales of the Lone Arranger" (3)